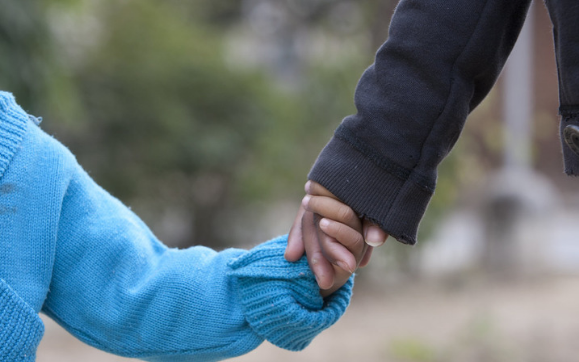 Single Mothers of Color Struggle Most in NYC Family Shelters

Approximately 63,000 people sleep in New York City’s municipal shelter system each night, and thousands more sleep on park benches, in the streets, or in other public spaces. As rents and the cost of living in the city increase, more and more New Yorkers have found themselves in the shelter system with nowhere else to go. The numbers in New York City shelters are at an all-time high, a reflection of the lack of affordability in the city and the precariousness of more and more New Yorkers living paycheck to paycheck or sharing overcrowded apartments with friends and family.

The City Bar Justice Center’s Legal Clinic for the Homeless (LCH) helps residents of New York City family shelters access legally entitled benefits and other forms of relief. Most of LCH’s clients are young single mothers of color, who often become homeless after experiencing domestic violence, living paycheck to paycheck and missing a rent payment, or living in a family member or friend’s overcrowded apartment, and then leaving voluntarily or being pushed out.

These women do the best they can, but face almost impossible odds to pull themselves out of the shelter system. Navigating the complicated and deeply flawed welfare system would be difficult for anyone, but for single mothers trying to access benefits while feeding and caring for their children, the process is that much more difficult, and the stakes that much higher.

LCH holds clinics in homeless shelters almost weekly, which are made possible by the generous support of partnering law firms, corporate legal departments, or law students who provide legal services to shelter residents. Thus, LCH has a unique look into the challenges these women face in simply trying to provide for their families. In one typical case, featuring a 23-year-old mother of three who attended an LCH clinic sponsored by BNY Mellon and Reed Smith in early May, the client, Emily*, had been struggling to access her legally entitled public assistance since March, and hadn’t received a penny from the government in months. When BNY Mellon attorney and pro bono volunteer Timothy Katsoulis looked into her case, he found that the City welfare agency denied Emily’s application for benefits – which Emily didn’t know.

The agency rejected her application because Emily had failed to attend a child care appointment; ironically, because she had no child care to enable her to attend the appointment in the first place. “Welfare recipients find themselves in these kinds of Kafkaesque situations all the time, where they’re trapped and punished by the system’s illogical bureaucracy,” says Director of LCH, Lisa Pearlstein.

With the help of Mr. Katsoulis and Ms. Pearlstein, Emily was able to reopen her application and receive retroactive benefits. But now the agency claims Emily missed an appointment with the Office of Child Support Enforcement. Parents who miss just one child support appointment lose their Medicaid, and have their public assistance benefits cut by 25%. This punitive measure disproportionately impacts young homeless mothers like Emily, who may not have the transportation money or child care to attend these appointments. Emily’s pro bono attorney is helping to steer her in the right direction to avoid disaster here.

Without the assistance of Mr. Katsoulis and Ms. Pearlstein, it’s unlikely that Emily would have seen achieved these successes – or evaded these potential disasters. In Ms. Pearlstein’s words, “If you have a lawyer or an advocate, you get results. If you don’t, you’re at the mercy of the system.”